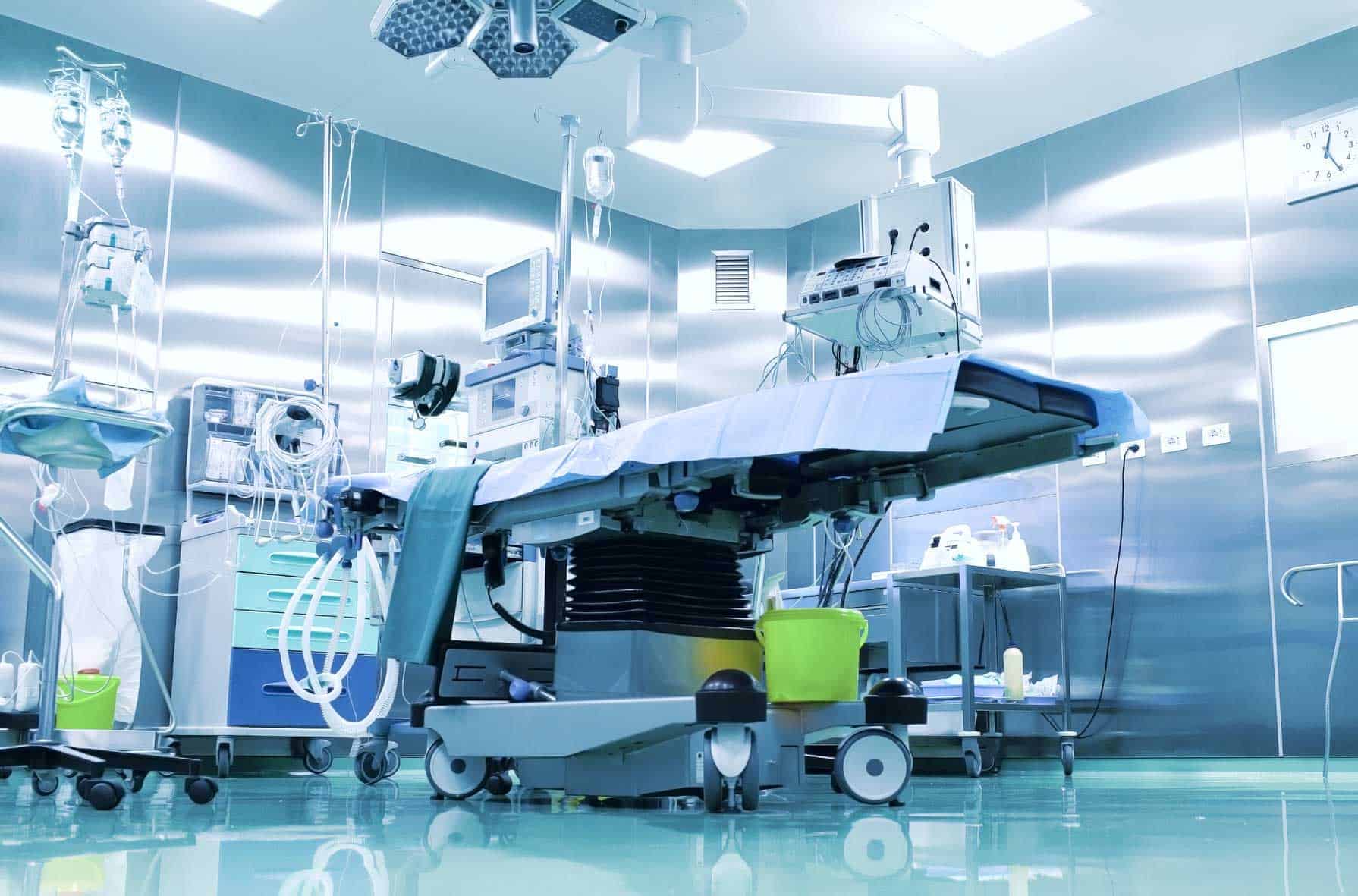 From Cancer Surgeon to Entrepreneur

“You only have so many big cases in you.”

These words were spoken to me by a dear mentor and senior surgeon decades ago. In fact, I can’t even remember who it was that first gave me this advice. This is what happens the closer a surgeon gets to their big case limit. For each person that number differs. For each surgeon the tactics that are used to cope—or replenish the well or to simply persevere and keep going—differs. Nowadays, thanks to popular television shows, many people have a moderately accurate look into the emotional struggle of physicians and surgeons in particular. And, while the surgeries that are depicted are laughably unrealistic, the portrayal of the emotional toll on self, on family, and on our homes is all too real.

So, how does one go from a cancer surgeon to an entrepreneur? Well for starters, I am the first in my family to go to college, to medical school, or to graduate school for business. Proudly, my father had a mother that couldn’t read or write and a son with an Ivy League degree. But, unlike many of my classmates along this journey, I had a grandmother that had no idea what steps were necessary to become a doctor.

From the moment I declared a premed major in college, my Grannie would ask, “boy…is ya doctorin’ yet?” Eventually, I graduated from medical school and I am blessed by the fact that she lived long enough for me to eventually answer, “yeah Grannie…I’m doctorin’.”  Though Grannie has long-since passed away, I credit the humble beginnings of my family, and perhaps specifically my desire to see Grannie’s toothless, ear to ear grin, as the anchor to do a little more than simply pass time on this earth.

So, yeah…I lucked up and went from a public-school system in northern Ohio, to Morehouse College, and then to Yale University with my Grannie grinning the entire time.  More importantly, however, my family gave me an education that I would not truly understand until much, much later.

Upon graduation from medical school, a student is in fact a doctor. But, after four years of college and four years of medical school, these graduates find themselves at the bottom of a remarkably high totem pole. It’s akin to running sprints and quarter miles in practice, only to realize that you’ve actually signed up for a marathon. This marathon is the famed “residency” on which many of the aforementioned TV shows are based. It is during residency that one’s career path is truly shaped. This is the time that is going to dictate what “type” of doctor someone is going to become.

Let me clarify that “type” is not meant to suggest the field of practice: internal medicine, surgery, dermatology, anesthesiology. The field of practice is truly an intentional selection that a student makes in the fourth year of medical school in a manner reminiscent of a career counseling session in one’s sophomore year of high school. Here, type is meant to suggest qualities in a physician, like caring vs. not-so-much, empathy vs. not-so-much, humility vs. …well… not-so-much. The beauty of working superhuman hours is that the lessons taught to someone by their respective Grannies instinctively kick in. These lessons are the foundation on which the influences of mentors are built and eventually, a “type” of doctor is created. We are all the product of the people that come into and out of our lives. We are blessed when we have some that stay intensely, and for a very long time, like our Grannies or our mentors. It is precisely for these reasons that I chose cancer surgery as a career and have tirelessly pursued being (my “type”) a caring, empathetic, moderately humble physician. My wife would likely argue that last point—but let’s not get side-tracked.

Tanya and I met during a two-year leadership program. By its end, we were certainly great friends with Midwest, small-town roots binding us, and a love of debate and completely different political ideologies allowing for hours of conversation. She helped me start a successful cancer charity that raised almost $250,000 to help cancer patients pay for the daily living expenses while in the midst of their treatments.

One day, Tanya asked me about hip pain that had been nagging her and preventing her from enjoying her daily run. She lived an hour or more away and I kept telling her to just come by and have me check her out.  She was a lawyer at the time and kept saying that she did not have the time. Her goal was to become a judge and she needed to show her productivity and value if she was ever going to get her firm to support her bid. Eventually, she scheduled a meeting that would allow her to use Bluetooth to conduct her business and bill her client during her drive in to see me. That mid-afternoon, she limped into the office and allowed me to poke fun at her long wait to come see me. This reprimand was not because I really thought that there was anything wrong but, rather because I took any opportunity that I could to get a jab in against her. I hate losing debates and I lost plenty to Tanya.

When I had our office shoot an x-ray, I was not expecting anything more than early arthritis or something due to her athleticism.  Well…I was wrong.  Tanya—an uber successful lawyer, a wife, a mother, and a best friend—had one of the most aggressive cancers on earth: a dedifferentiated chondrosarcoma. Given our personal relationship, there was no way that I would be able to perform the necessary surgical first step towards treatment.

She had the surgery done elsewhere and followed up with me.  As an aside, through the chemo and the surgeries, Tanya and I continued our political debate with my winning percentage rising to the level of folklore, with Tanya all the while laughing and yelling to me, “you’re taking advantage of my ‘chemo brain’!!” as she called it.  And guess what…I am pretty sure that I was.

Eventually, we were able to get the cancer into remission and she got back to work on her dream, which ultimately proved successful. Tanya became a judge!  A year or so later, however, the cancer was back. It came back in several locations including her arm…her writing arm…her gavel arm. I begged her to let me send her back to a trusted colleague of mine to at least remove the tumor in her arm, but she would not go. Instead, she begged me to take it out. I guess in our minds, swinging that gavel was more than a ceremonious act for a judge. It was the one thing that this cancer could not—would not—take from her.

Let me pause and say that if anyone is thinking, “why not simply use your other hand” then you are missing the point. Now, let’s reflect on the words of my mentor, “You only have so many big cases in you.” Well, I operated on Tanya. I spent four hours removing the tumor and another two rebuilding an arm that she could use. Six hours is not a terribly long case and generally won’t take that much out of most cancer surgeons. Six hours on one of your best friends—who refused to go elsewhere—and is going to die anyway, is a different story all together. I used up a bunch of my big case savings account on this one “patient.”

Judge Tanya eventually lost her greatest fight.  She was a mother, a wife, a leader, a judge, a sister, a daughter, a friend, and so much more. I pay my own respects to her daily and hope that she will always be on the homepage of the Just Cause Apparel website representing our Just Causes with her beautifully bald picture. To this day, years later, I still think of her during every single long case that I do and to this day, years later, I cry when I tell this story (as I am doing right now).

Here’s the punchline, the only way that I can keep the “big-surgery savings account” at a manageable and mentally safe level is through philanthropy. I think that mentally, healthy surgeons revert back to their early influences to cope with their current emotional stressors.  They tend to golf, read, gourmet cook, collect cars, etc. as a means to maintain their “big surgery” stash. For me, Grannie would never have understood that very much, but Grannie would give someone the shirt off her back. Dad would always say that while raising seven kids alone in a sharecropper’s shack in Southern Alabama, the shirt on her back was all she had!  So for me, philanthropy is a natural remedy for the inevitable emotional roller coaster of big surgeries and it will always tie me back to my Grannie.  In the end, this is therefore a story of a surgeon that has stumbled upon a very, very selfish way to replenish his “big surgery” savings account through the philanthropy of Just Cause Apparel and that philanthropy is how he can keep operating on all of the Tanya’s out there. 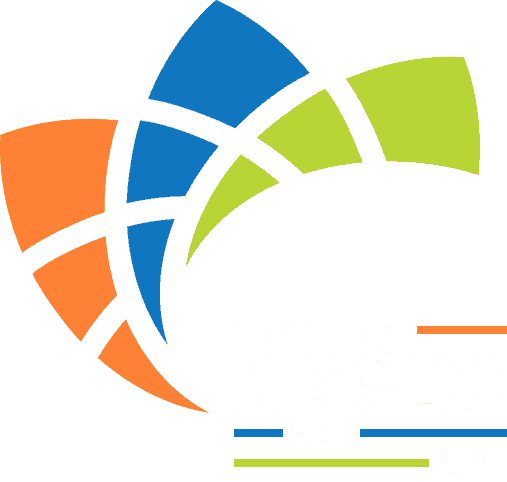